Lego:OverWars was made by PixelFox666 and his friend who usally comes over to his house and plays LEGO's with him.There they created a world with characters with lots of depth and characters with not alot of depth.The game was created after Pixel watched The Stone army season of Ninjago and thought that Dark Matter and the Overlord were really cool.

The first overwar started when the Serpetine used Dark Matter to Dark Matter everyone in Cherry Tree Hills.Wolfe,Gree and Boost(3 of the main characters) 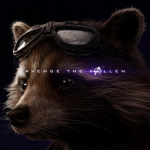